Details of TFI Local Link Services are available through the National Journey Planner. Alternatively, more detailed information on the range of services in your area can be obtained by contacting your TFI Local Link office which will be happy to pre-book a seat if required. 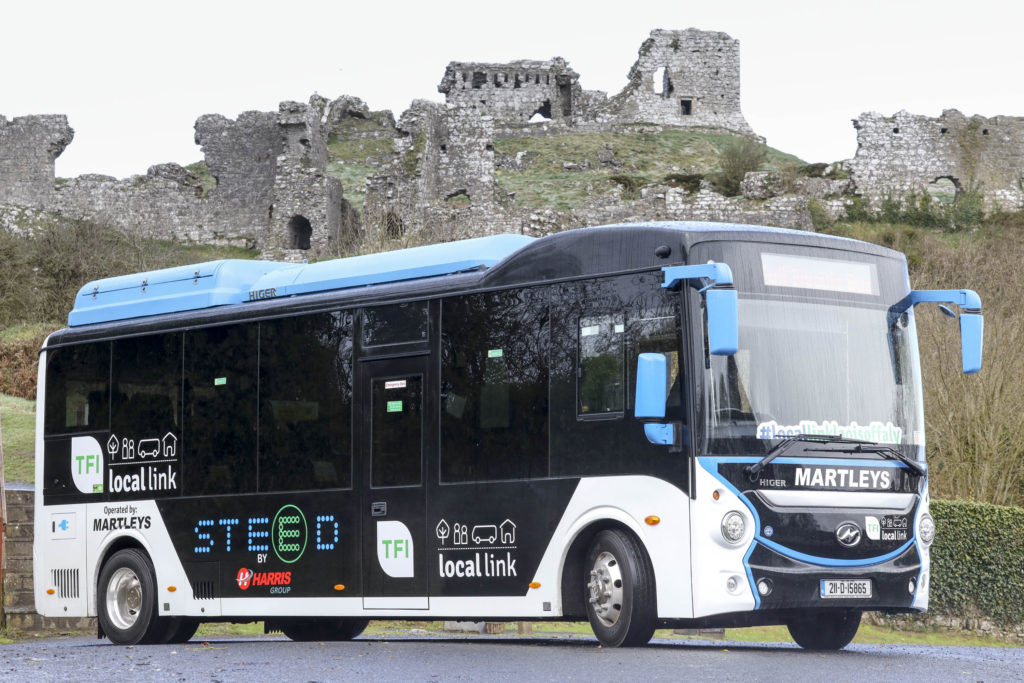 TFI Local Link is a development of the Rural Transport Programme (RTP) which was launched in 2007 to build on the success of its predecessor, the Rural Transport Initiative (RTI).  The RTI was established as a pilot project in 2002 to address issues of unmet transport needs from a social inclusion and community-based perspective. The RTI and RTP specifically focused on responding to rural isolation and enhancing the mobility, accessibility and community participation of local people, particularly those at risk of social exclusion.  In 2013, 224,158 vehicle trips were provided under the programme while 1.74 million passenger journeys were taken.

The RTP was selected for a Value for Money (VfM) review in line with a commitment given at the launch of the Programme in 2007. The Review was carried out by the Department of Transport in the context of the Government evaluation of public expenditure programmes under the ‘Value for Money and Policy Review Initiative’. The Report was published early 2012, following submission to Government.

The NTA has been tasked with overseeing the implementation of the recommendations of the Report and specifically with developing a detailed plan for an organisational restructuring of the RTP to address the findings of the VfM Review.  This plan concentrated on the establishment of 18 TFI Local Link Areas of operation which will provide the appropriate critical mass of population and characteristics to sustain the running costs of each Unit.

834 Roscrea to Portlaoise via Mountrath Notice of temporary change of stop in Mountrath From: Monday 4th July To: Friday 8th July Due to roadworks...
Latest News 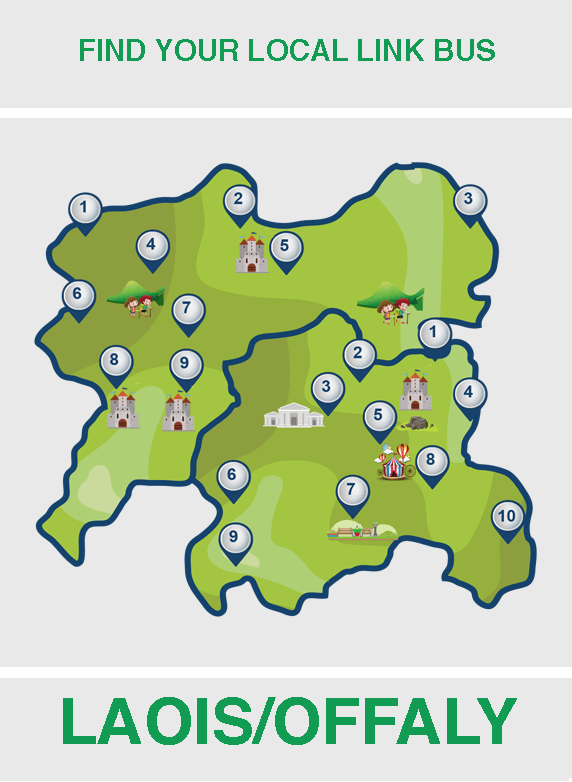 What is TFI Local Link?

How can I find out about TFI Local Link services in my area?

Will my Free Travel Pass be accepted on TFI Local Link Services?

What is the fare to use a TFI Local Link Service?

“Very happy with the service, I do some shopping, have lunch and meet some family” – Offaly Passenger
“The Local Link gives me an opportunity to travel and meet my friends” – Tracy
“this service has the added advantage of the good care, attention and courtesy extended by the bus drivers which is very important and appreciated” – Ballycumber passengers
“Local Link is less hassle than Mammy’s taxi to book and easy to use ”. – Emma, Offaly
“The service is essential for me to get to my training course and gives me the opportunity to travel meet my friends and do my shopping” – Laois, Passenger